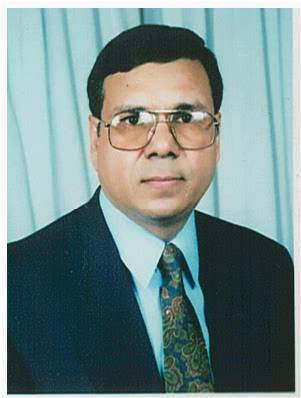 Abdulrahman Al-Frayh, MD, FACAAI, FAAAAI , Pediatrics, King Khalid University Hospital, Riyadh, Saudi Arabia
Background: Bronchial asthma and other respiratory allergic diseases are not only prevalent in Saudi Arabia and the Middle-East but the published data indicate that such diseases are on the rise. Investigations of extrinsic and intrinsic factors causing such diseases have been undertaken at different places in the Kingdom of Saudi Arabia. However, studies on the presence of indoor allergens and their clinical relevance still lack a clear understanding in the region.

Methods: House dust samples were collected in sterile ALK filters (ALK Laboratory, Denmark) and analyzed for various indoor allergenic factors including Der p 1, Der f 1, Bla g 1, Per a 1 and Fel d 1 using antibodies and ELISA technique. Indoor allergenic fungal flora was also examined by collection of samples and culture using dilution plate technique. The samples were collected through the individual’s own vacuum cleaner after the operation on their respective home carpets and mattresses. These samples were extracted individually and allergens were quantitated using specific antibodies from Indoor Biotechnologies (U.S.A) and ALK Laboratories (Denmark) by ELISA procedure. At some selected locations, Skin Prick Tests were conducted on allergic patients with various indoor allergens using both commercial and indigenous species.

Results: The data for the two house dust mites Dermatophagoides pteronyssinus (Der p) and Dermatophagoides farinae  (Der f) showed a higher concentration in the humid areas of the country particularly in Jeddah with concentration exceeding threshold levels for both sensitization and exacerbation of acute attack asthma. The central region with very low humidity showed negligible presence of both mite species. The data from Jeddah and Abha showed variation in qualitative nature, one species being prevalent in Jeddah while the other being prevalent in Abha. The variation was also noted in the Skin Prick Testing in Taif. Data for Blattella germanica (Bla g 1 and Bla g 2), Periplaneta americana (Per a 1) and Felis domesticus (Fel d 1) showed quantitative regional variation as well.

Conclusion: The results obtained for both the prevalent indoor aeroallergens and their IgE Mediated Skin Prick Test reactivities indicate: (1). There are regional qualitative and quantitative variations in the appearance of these allergens, and (2). the prevalence of these allergens in the region are significantly relevant in the IgE sensitization of many patients and probably cause of the symptoms. Data from other countries in the Middle-East are either limited or none for any comparison. It is therefore recommended that a regional aeroallergenic profile should be prepared by conducting joint stuides with standardized protocol for better clinical diagnosis and treatment in the region.