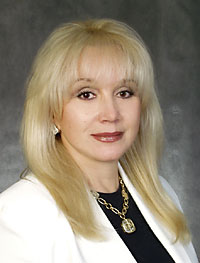 Materials and methods: The participants of study were 94 Ch aged 5 to 17 with moderate course of AD in the exacerbation phase. The control group was comprised of 30 healthy Ch of the same age. The patients underwent general physical examination, clinical assessment and immunoallergological assessment (IAA) aimed at detection of clinical and laboratory signs of allergen-induced inflammation. General physical examination included clinical blood and urine analyses and screening for parasitic and viral infections. IAA consisted of: immunogram determination of levels of pro- and antiinflammatory cytokines (by fluorescence immunoassay); skin testing, challenge or elimination testing (if indicated), total and specific IgE blood testing. House dust mite allergens (HDMA) were used as a cause-significant allergen. Clinical assessment was aimed at collection of allergic anamnesis and evaluation of severity of clinical symptoms according to SCORAD scale.

Results: The integrated study conducted enabled us to divide Ch into two groups based on their principal IPGP of AD: IgE-mediated and non-IgE-mediated form of AD. Ch with non-IgE-mediated type of AD showed no IgE-sensitization to HDMA and lower parameters of macrophage-phagocytic component of immune system (MPCIS). IgE-mediated AD phenotype included 3 forms of AD – allergic form, mixed form (in combination with allergic rhinitis, bronchial asthma) and combined form. In studying allergic and mixed form of AD we proved the existence of sensitization to non-eliminated HDMA, which promote allergization and provoke development of symptoms in the course of AD, and in Ch with combined form of AD a decrease in parameters of MPCIS (such as phagocytic number, phagocytic index, NBT Reduction Test) was also found. On the basis of the revealed disorders, several multimodality immunotherapy (MIT) programs were developed. For IgE-mediated forms of AD we proposed a MIT including basic therapy (BT) + parenteral antigen-specific immunotherapy (ASIT) as an accelerated treatment regimen and immunomodulator (IM) selected on the basis of its capacity to affect the cells of monocytic-macrophagal nature, increase of macrophages’ cytotoxicity toward bacterial antigens and viruliferous cells, as well as correction of imbalance in cytokine profile Th1/Th2 and intensifying the production of IFN-y, which would eventually contribute to lower rate of infectious complications of AD. For non-allergic form of AD, the BT + IM were used.

Conclusion. The procedure of assessment and diagnostic of Ch with AD developed by us provides an opportunity to correctly select an adequate MIT in accordance with IPP of the disease taking into account the revealed immune disorders.