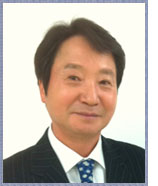 Jae Yeol Kim , Chung-Ang University Hospital, Seoul, South Korea
Background: Eosinophilia in specific conditions such as allergic diseases, helminthic infection, and drug-induced reaction is well recognized. In the present study, we evaluated the clinical characteristics of eosinophilia and change in prevalence over 10 years in recipients of health screening program at a tertiary hospital of South Korea.

Methods: We collected the data of health screening program recipients at the health promotion center of Chung-Ang University Hospital from 2004 to 2013. Eosinophilia was defined when the absolute eosinophil count exceeds 500/µL in the peripheral blood. We reviewed health-related questionnaires and laboratory findings of health screening program which might be related to eosinophilia.

Conclusions: Eosinophilia in general, healthy population was not uncommon and usually in mild degree. The prevalence of eosinophilia decreased from 2004 to 2013, which might be related to decrease in parasitic infection in young Korean population.